Kelvin shares ownership of his home with two other housemates. After both of his housemates began using smart home technology, he became curious about it. He has low vision and a physical disability, and as he is getting older he worries about falling and not having a way to call for help if an attendant isn’t nearby. 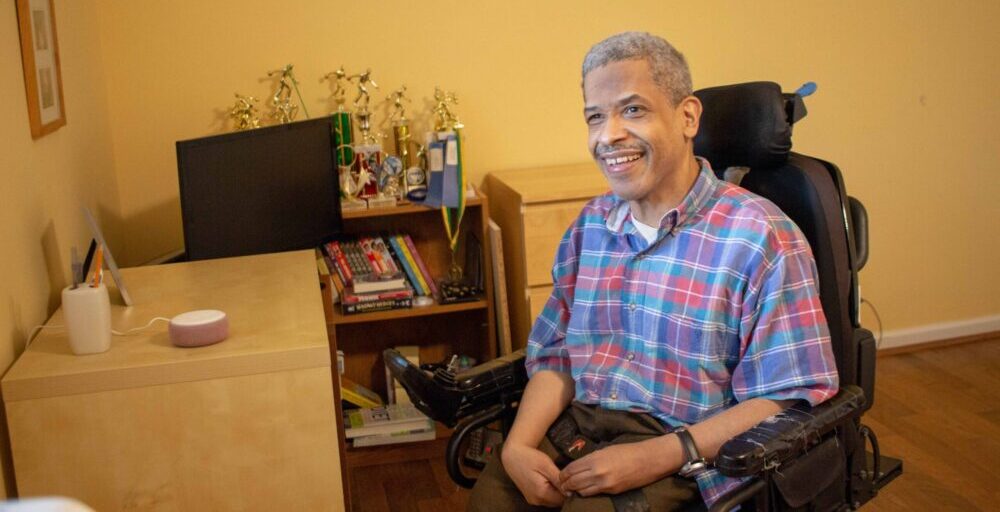 Kelvin learned that his housemates were using their speakers to make phone calls, and that the speakers were sensitive enough to pick up on a person’s voice from anywhere in the room. When he got his smart speaker, his attendants helped him program it so he can make phone calls to his attendants, his dad, or to emergency services using just his voice.

Kelvin uses his speaker every day, and it has broadened his world. He has discovered podcasts and listens to a wider variety of audiobooks than he had access to through the library. He calls his dad regularly to check on him and catches up with friends and family via phone. And, his speaker can hear him easily which gives Kelvin a greater feeling of security in case of an emergency.

“It gives me more independence – since I’ve lost my vision, I use [my Echo Dot] to listen to podcasts and music, call my dad, check the time or what the weather is,” says Kelvin.