At its simplest, smart home technology makes it possible to control your home environment by mobile app, voice, computer, or other dedicated services. But the magic of smart home devices is in their capacity to automate everyday repeated activities.

Here are some examples:

Depending on the manufacturer and the device, these automations may have different names. They may be called Routines, Smart Actions, Robots, or Shortcuts. These are all names for the simple concept of automation: setting up your device(s) to respond a certain way to a certain trigger – without your direct input every time. Amazon Alexa and Google Assistant are two of the largest services for controlling smart home devices. Both services call automations “Routines.”

Scenes: A Type of Automation

In certain apps you may come across the term “Scene.” Scenes are most often lighting conditions you create and name in an app’s settings so that you can set a mood or look for your room (hence the name “scene”). You can easily recreate the scene by activating it in your app or using your smart speaker.

For example, think of the way you prefer your lighting at different times of day. In the morning you may want the living room ceiling lights at full brightness and the lamps turned off; during the evening you may want the overhead lighting dimmed 50% and one lamp turned on; and when watching TV you may turn the overhead lights off and turn on both lamps. Instead of readjusting each light every time, you might setup three different scenes. You could name them: “Morning Time,” “Evening Time,” and “TV Time.” You could set up “Morning Time” to trigger at 9 a.m., “Evening Time” to trigger at sunset, and “TV Time” to trigger by you saying “TV Time” to your smart speaker.

All automations/routines operate the same way: if this (trigger), then that (action/actions). Meaning, when one thing happens (the trigger), it causes another thing to happen (the action or actions) automatically. The most common triggers are:

Actions can be stacked (multiple actions with one trigger) and examples of actions include:

So, one trigger can make multiple different actions, scenes, and other routines occur under one routine you set up.

Many automations are possible if you only have one device, using its mobile app – for example, you might set up your smart lock to lock your door automatically at a certain time of day. This is possible using the smart lock’s app and doesn’t require any other services to operate.

When setting up automations between multiple devices by different manufacturers, however, you need a central way to communicate and control the devices. Consider the example where unlocking the door causes the front hall light to turn on. Let’s say you have a Philips smart bulb and a Schlage door lock. The Philips bulb is controlled by the Philips app, and the Schlage door lock is controlled by the Schlage app. You have two options for getting them to communicate:

Here’s a video outlining an example of a more complex automation:

Less Complicated Than It Sounds

Setting up automations is not as complicated as you might think. Just keep in mind that an automation is built by simply specifying:

Then it’s just a matter of figuring out which app/service to use to set it up. If you simply want to automate one device, you can often use the settings in that device’s app (such as using the Philips app to automate your Philips bulb to turn on at a certain time of day). If you want to create an automation between more than one device, you may need a separate service’s app, such as the app for a smart speaker or a smart hub.

Here are a few websites where you can learn more about creating routines using a separate service:

Here are a few more examples of home automation to get you thinking:

Once you know your goals, explore which devices can help you achieve them. 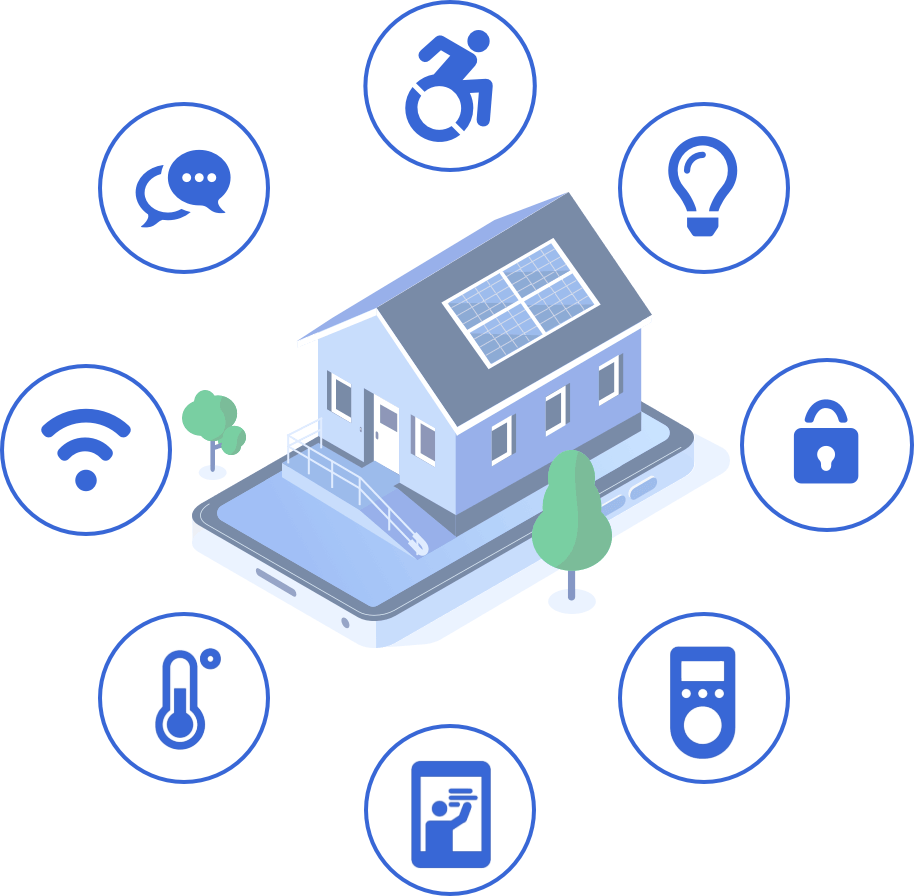