Chrissy and David had been living independently in their apartment for a few years when they learned about smart home technology. They worked with an Assistive Technology Professional (ATP) to get an assessment, plan and install their technology, as well as receive training on how to use it. 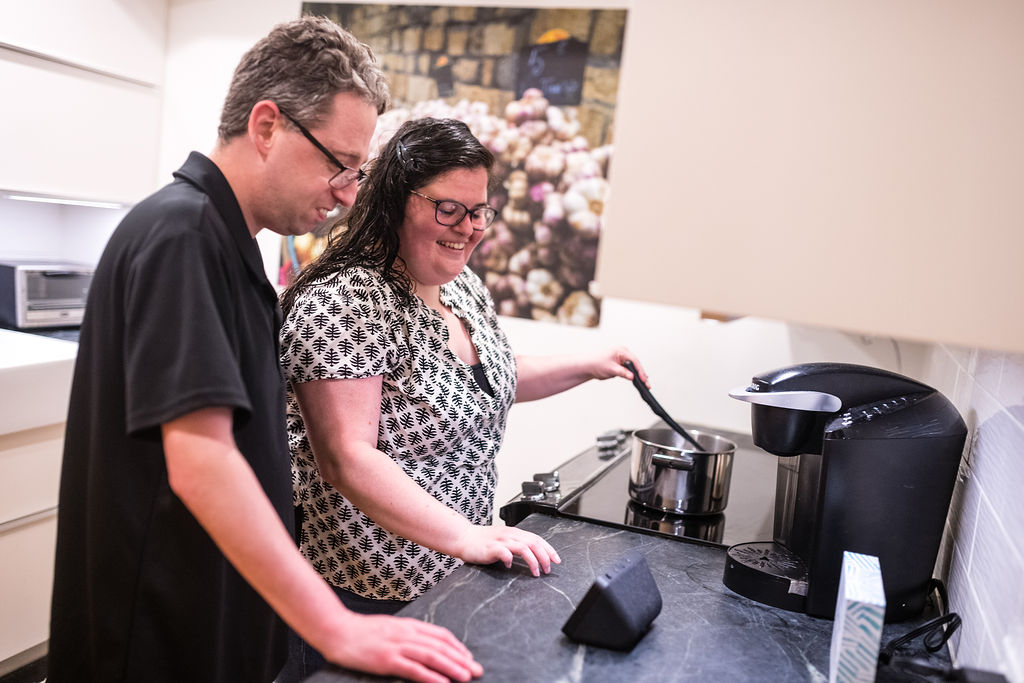 Chrissy and David chose to install:

They both already had smartphones (iPhones), tablets (iPads), and David uses a smart watch (Apple watch).

Chrissy and David’s smart display has a recipe skill that makes cooking new meals easy. Each recipe includes an ingredient list that’s easy to add to the shopping list in the device’s app on a smartphone. Chrissy and David both have the app and so do their parents. This way, whoever is grocery shopping will know exactly what to buy. Each recipe also provides step-by-step instructions out loud and on the screen, with how-to videos for complicated tasks. And, the device recommends new recipes, so Chrissy and David always have healthy new meals to try.

“When I was cooking with my iPad I always had to look down at my device and keep opening up the recipe. It’s easier with the Echo Show,” says Chrissy.

They also use the speakers and display to stay on schedule throughout the day. The smart speaker in their bedroom wakes them up with an alarm. It also notifies them with reminders for when to leave for work and other activities. And, because the smart speakers, display, and apps on each of their phones are synced, Chrissy and David know they’ll receive their reminders no matter where they are in the apartment.

“I think [life without my smart technology] would be a little challenging. I used to feel rushed leaving for work in the morning. Now I am more responsible with time management,” shares Chrissy.

“Life is less stressful now,” adds David. “The device keeps reminding me of things I need to do.”

But it isn’t all about time management and cooking with their smart technology. David and Chrissy both enjoy listening to music using their smart speakers and display. And, while cooking or cleaning they will often dance along to their favorite pop artists (Justin Timberlake for Chrissy – she has seen him in concert three times!). They also use the speakers to check the time, train schedule, and weather. When a storm was rolling in one recent winter, Chrissy used her smart technology to stay updated on its progress – both so she could be prepared, and also because it was exciting! When the storm finally hit, she and David used the display for a hot chocolate recipe. 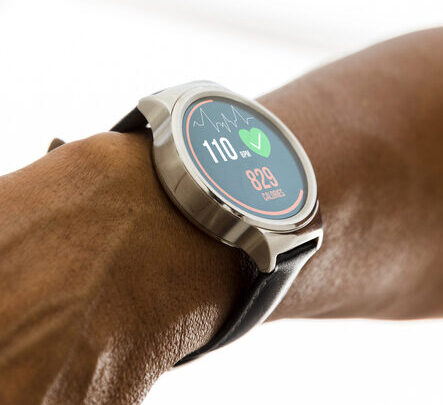 A smart wearable makes it possible to monitor your own health in a variety of ways. Wearables include watches and other biosensors that connect to a smartphone or mobile app, and in…